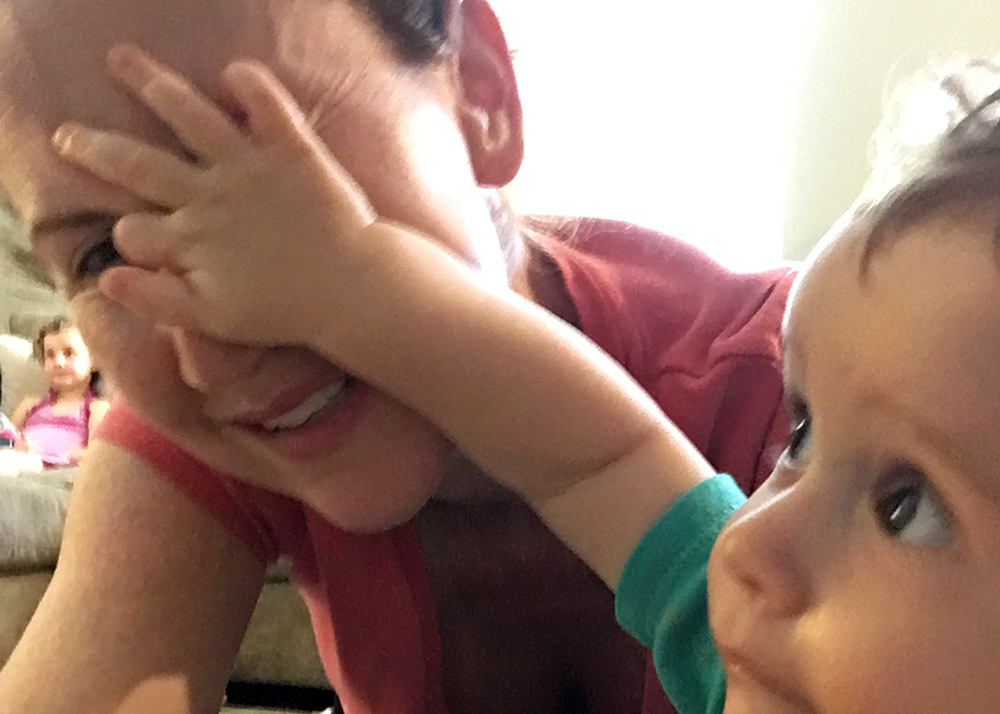 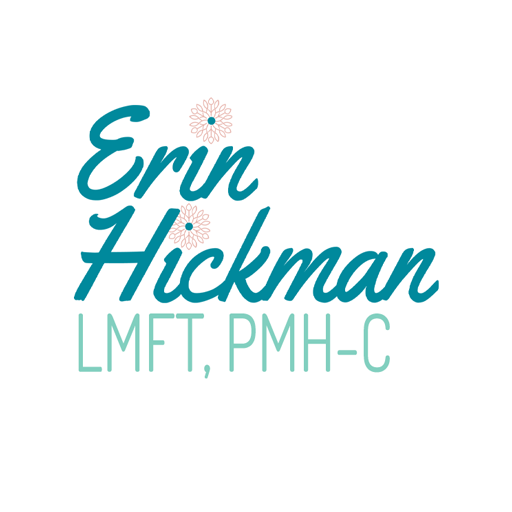 Erin is an out-of-network provider for insurance.

I suffered from postpartum depression and postpartum anxiety for almost 4 years (through 2 pregnancies). I had no idea I was anxious and depressed and I am a mental health professional.

Let me say that again: I am a mental health professional and I missed the signs of my own postpartum mood disorder. It’s easy to miss, especially when you’re in the weeds. Like many new moms, I could not see the forest for the trees. I thought I was just overtired and overwhelmed from doing all the mom things.

When my daughter was born in 2013, I had already finished my Masters degree in Clinical  Psychology. I was pursuing licensure as a Marriage and Family Therapist and I had completed 2 years of my intern training at an agency working with clients with mood disorders. So, you might think that I would know a few things about a few things. Well, I did and I didn’t. I could help you determine if you were struggling, but I had a hard time seeing myself in the mirror.

My daughter was a challenging baby. What do babies do? They eat, sleep, poop and cry. We had issues with all of those: breastfeeding, sleeping, digestion, crying. She cried. A lot. And, she slept very little. I kept justifying my irritability and disconnection as sleep deprivation and adjusting to mom’ing.

When she was about six months old (she’s almost 8 years old now), she started sleeping through the night. Awesome, right? Yes! But then I stopped sleeping. I couldn’t fall asleep for anything. My body was exhausted, but my brain was wide-awake. I wasn’t ruminating. My mind was quiet. My eyes were closed, but it felt like my brain’s eyes were wide open. It was like I was constantly waiting for something bad to happen. Then if I would finally fall asleep, I would wake up at two or three in the morning and not be able to fall back to sleep again. I was miserable. There’s a reason that sleep deprivation is used as a torture device.

I was freaked out and worried that I would never sleep again. I saw my OB/GYN, my general practitioner, pediatrician, lactation consultant, chiropractor, acupuncturist, and no one was able to help me figure out why I wasn’t sleeping. I was a new mom and no one mentioned the possibility of a postpartum mood disorder (and, by the way, insomnia is a huge red flag for postpartum mood disorders). I was prescribed sleeping meds and used those for a long time. I didn’t love taking meds to sleep, but I was desperate.

Then, when my daughter was 2 ½ I got pregnant with my son (who is now almost 5 years old). I had to go off the sleeping meds when I was pregnant, and magically, I started sleeping like a baby. Kidding! I started sleeping like my husband. No mom wants to sleep like a baby – we want to sleep like our husbands! The hormones kicked in and my body started doing what it was supposed to do again. I was sleeping great and I was beyond thrilled.

Things progressed normally, but when my son was about 10 months old, I stopped sleeping again. I panicked. I had become terrified of insomnia.

My son had just weaned himself from breastfeeding, but I was still pumping. I thought that maybe my hormones were causing my insomnia, so decided to just stop breastfeeding. Easy peasy, right? Wrong!

I, not so brilliantly, decided to wean myself from pumping cold turkey. Huge mistake. Almost immediately, my moods got alarmingly bad. Scary bad. I went off the proverbial emotional deep end. I became highly anxious, depressed, angry and I started having frequent frightening, intrusive thoughts, which I didn’t know at the time was postpartum OCD. Learn more about Postpartum OCD here.

My doctor prescribed me some anti-anxiety/ anti-depression medication and suggested therapy, but I was, again, very resistant to taking medication. I thought that as a therapist I should be able to pull myself out of this on my own. I was wrong.

I didn’t know about post-weaning depression and post-weaning anxiety at the time, but they are a real thing. Hormonal changes after weaning can definitely trigger or increase anxious or depressive symptoms. Read more about Post-Weaning Depression/Anxiety here.

I started researching hormones and breastfeeding and realized that my hormones had gotten out of whack because I weaned cold turkey, meaning that I stopped too quickly and didn’t give my body time to adjust to the change. I learned that this hormonal shift has a lot to do with the stopping of extra oxytocin, the feel-good hormone that moms get when breastfeeding. Learn more about Postpartum Hormonal Effects from Weaning.

I hoped that if I gave my body about a week, then perhaps my hormones would regulate. And, that’s what happened. My hormones regulated and I went back to “normal,“ but what I realized through that experience was that my normal was not normal. My normal was depressed, angry, overwhelmed, lost and anxious, and I had felt that way since my daughter was born 4 years prior.

Around that same time, I happened to watch a Netflix documentary titled When the Bough Breaks, which is about postpartum mood disorders (I actually watched that movie on my iPad while holding my son for his nap because he wouldn’t nap on his own for the first year of his life, but that is a story for another day). After watching the movie, I was like, “Oh my gosh. That is me. I have a postpartum mood disorder.“

After years of insomnia, which again is a big red flag for postpartum mood disorders, and seeing multiple doctors, no one had ever asked me about postpartum depression. I am a mental health professional and it didn’t occur to me either.

One of my main symptoms was irritability with my kids (I was always snapping at them), and I didn’t realize that that anger can be a symptom of depression. I wasn’t weepy or outwardly sad, but I also was not myself and hadn’t been for years. I had disappeared.

I got treatment. I found a therapist, I started on medication and I ramped up my self-care. I have since become licensed as a Marriage and Family Therapist and I have a private practice specializing in maternal and paternal mental health and trauma.

And I got educated. I learned everything I could about postpartum mood disorders so that I can help parents find the relief they need. I even became certified as an expert in the field of perinatal mental health.

Don’t get me wrong, I still get annoyed at my kids, but I’m not perpetually angry anymore. And I’m still sleeping…like my husband!

About the author : Erin Hickman 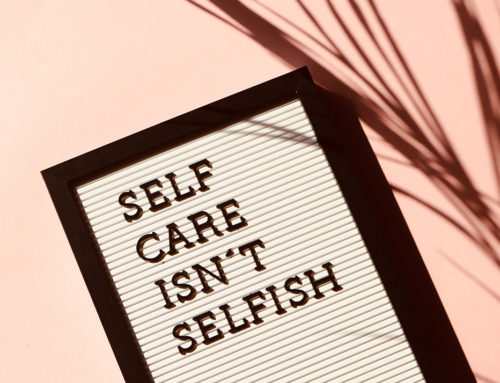 SELF-CARE FOR PARENTS (AND OTHERS) Gallery

SELF-CARE FOR PARENTS (AND OTHERS) 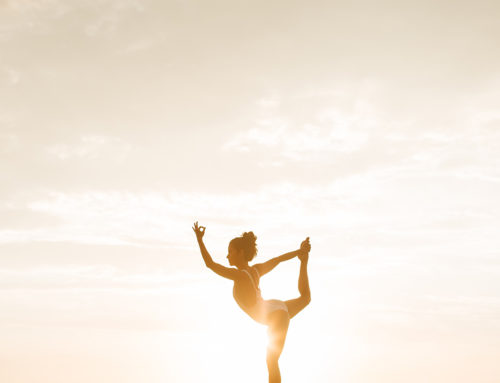 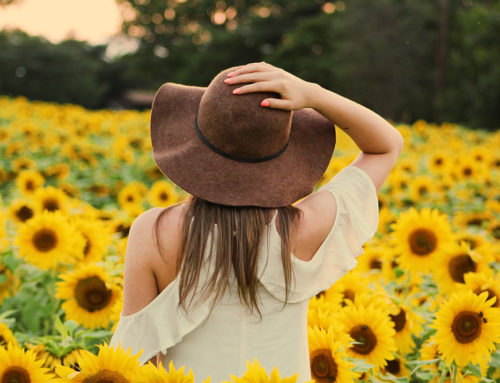 GROUND YOURSELF IN THE PRESENT MOMENT – STOP Gallery

GROUND YOURSELF IN THE PRESENT MOMENT – STOP

We use cookies on our website to give you the most relevant experience by remembering your preferences and repeat visits. By clicking “Accept”, you consent to the use of ALL the cookies.
Cookie settingsACCEPT
Manage consent

This website uses cookies to improve your experience while you navigate through the website. Out of these, the cookies that are categorized as necessary are stored on your browser as they are essential for the working of basic functionalities of the website. We also use third-party cookies that help us analyze and understand how you use this website. These cookies will be stored in your browser only with your consent. You also have the option to opt-out of these cookies. But opting out of some of these cookies may affect your browsing experience.
Necessary Always Enabled
Necessary cookies are absolutely essential for the website to function properly. These cookies ensure basic functionalities and security features of the website, anonymously.
Functional
Functional cookies help to perform certain functionalities like sharing the content of the website on social media platforms, collect feedbacks, and other third-party features.
Performance
Performance cookies are used to understand and analyze the key performance indexes of the website which helps in delivering a better user experience for the visitors.
Analytics
Analytical cookies are used to understand how visitors interact with the website. These cookies help provide information on metrics the number of visitors, bounce rate, traffic source, etc.
Advertisement
Advertisement cookies are used to provide visitors with relevant ads and marketing campaigns. These cookies track visitors across websites and collect information to provide customized ads.
Others
Other uncategorized cookies are those that are being analyzed and have not been classified into a category as yet.
SAVE & ACCEPT
Go to Top